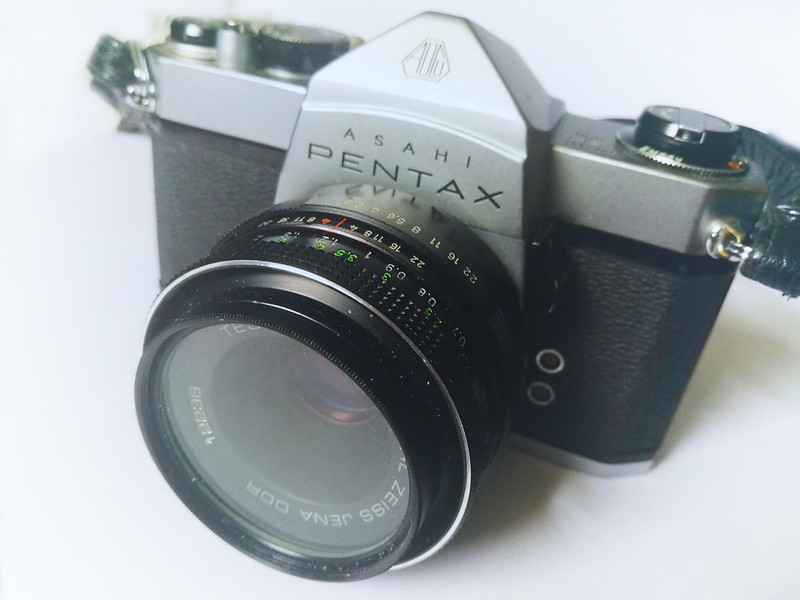 I got this for a tenner on the eBay with a Tessar 50mm/2.8 lens, all working except for the meter.  So Sunny 16 for using what is an aesthetically pleasing, delightful to handle and well build classic.

The SP500 is a no-frills M42 SLR but it’s useful to compare with the Eastern European counterparts.  The Pentax looks and feels smoother and lighter, it handles really well and there’s no recoil from the shutter like the Praktica MTL3. 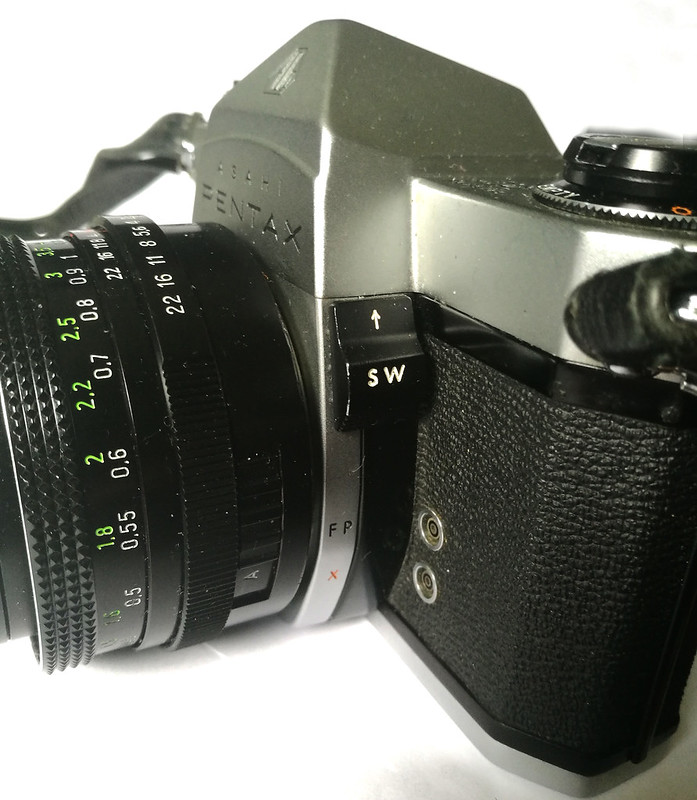 One of the factors contributing to it’s overall sleekness is the absence of a hotshoe, but there’s sockets for normal flash sync (X, 1/60th) and FP (focal plane) for higher speed fill in flash, not that I’ll be using this much with flash.

On top there’s the basics including the unmarked 1/1000th shutter speed setting. I’m sure Pentax had a good reason for that… Shutter release (threaded for a cable) and a pointless film identifier ring around the rewind crank finishes off the lo-fi feature list of the SP500.

Using it though, with Sunny 16, is a delight.  It’s got a bright viewfinder (complete with non-functioning exposure needle),  Olympus-OM-levels of ergonomic niceness and is a suitably admirable film camera for the inevitable Instagram post.  I took it on a photowalk with a roll of expired Kentmere 100 which was developed in Ilford ID11.

The SP500 – a basic budget M42 Pentax – has no unique selling point other than it’s a delight to handle, looks great and you can pick them up for a song on the eBay.  It’s a sleeker alternative to the DDR and Soviet M42 SLR’s and there’s a ton of lenses out there.