When you’re travelling around the world, you often experience things that are so different from your normal day to day life  – food, language, culture and customs – while other things are pretty much universal.  Football, with its globally consistent rules and multinational structures, transcends location and culture.
Turn up at a match and you could be anywhere. 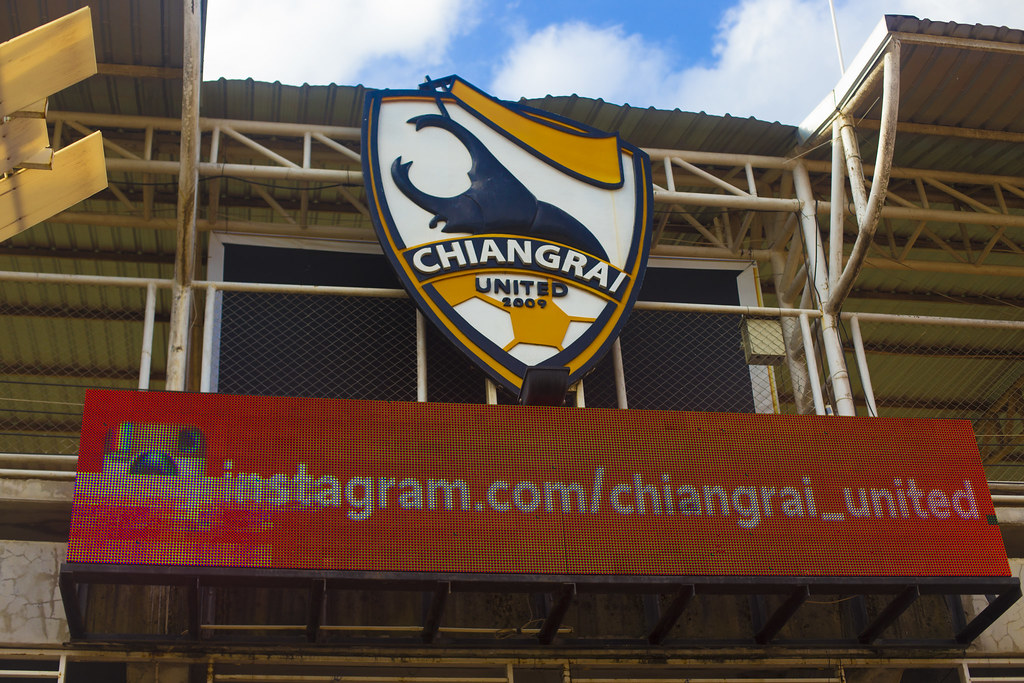 Chiang Rai is the northernmost city in Thailand – a delightful, quirky place about 16 hours by train/bus from Bangkok – and hosts a top division league side – Chiang Rai United.  The Thai T1 league has 18 sides from around the country and all have badges, logos and designations in English as opposed to Thai, with many “Uniteds” and “FC’s”.  The opposition on this hot July evening was the splendidly named Big Bang Chula FC. 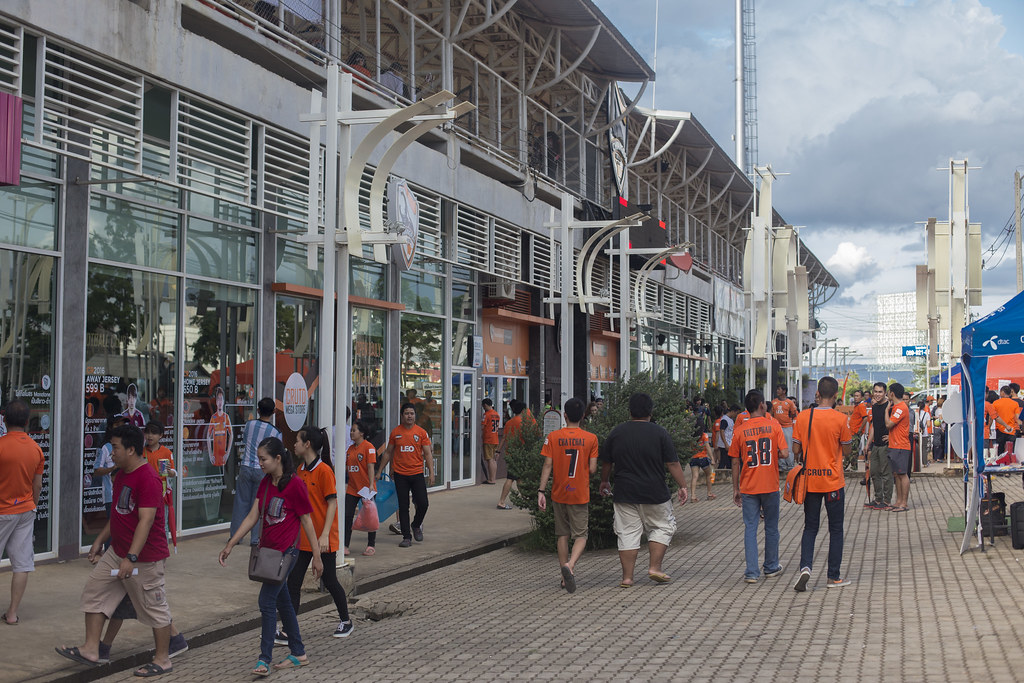 The Singha Stadium is beside the airport about 15 minutes drive from the city centre (taxi is the best way to get there – and make sure you book one for after the match..) and it’s a fine modern stadium.  Outside there are the usual hordes of fans in replica kits and a number of stalls selling them – naturally I bought one.

Food is one big difference from the Irish or English leagues. In the absence of cheesey chips, there’s an array of spicy kebabs from 10 baht (0.20 GBP) each.

Inside it’s open, largely uncovered and all-seater with the stands tight to the pitch. 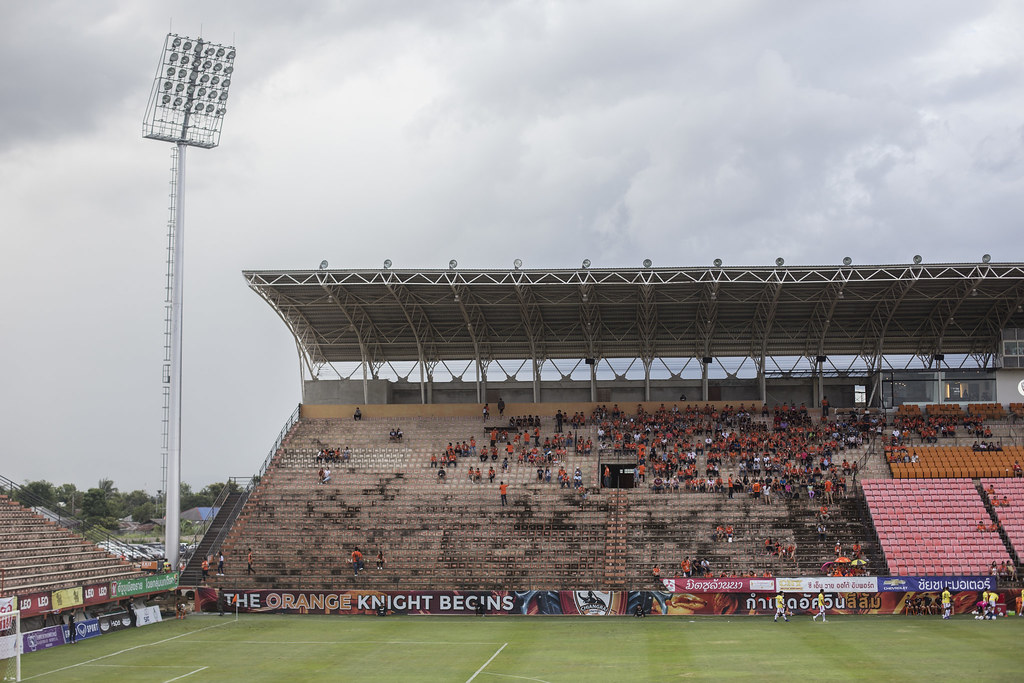 Before kick-off there was the formality of the Thai National Anthem.  This seems to have largely disappeared from European sporting events (excepting internationals) but like the States, where the anthem is sung everywhere from MLB and NFL down to local Friday night speedways, in Thailand they like to do the anthem at most public gatherings.  And as is common, it’s accompanied by a royal video clip.

On the pitch, there was a mix of players from Thailand and around the world including a few Brazilians.  A home team ex-pat favourite is Mark Bridge, an Australian and leading goalscorer.  The match itself was exciting affair resulting in a 2-2 draw, the crowd was noisy, the food was good and our taxi turned up on time after the match.  A perfect evening.