I generally prefer black and white – it removes a feeling of clutter, great for showing contrast in a scene and it has that delightful separation from reality.  Occasionally, though, you encounter a scene that demands to be shot in colour.  In Chiang Rai there is Wat Rong Suea Ten – or The Blue Temple.  On a sunny day, there is nothing quite so blue as The Blue Temple.

As you can see, its predominant characteristic is its undoubted blueness. 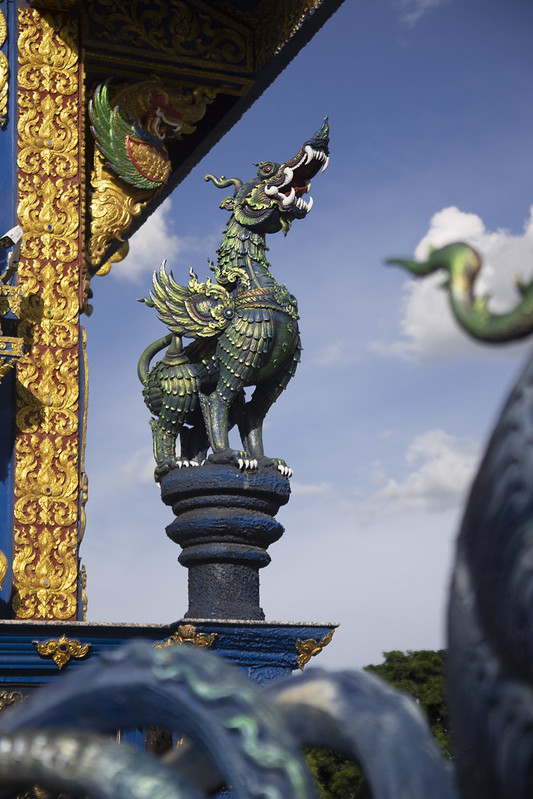 And once you get inside, there’s still blue. And some white. And people to add a bit of colour enhancement. 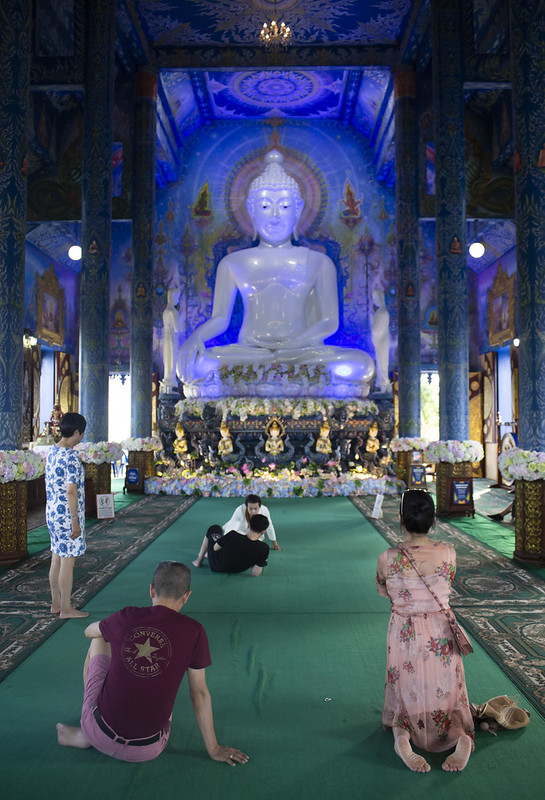 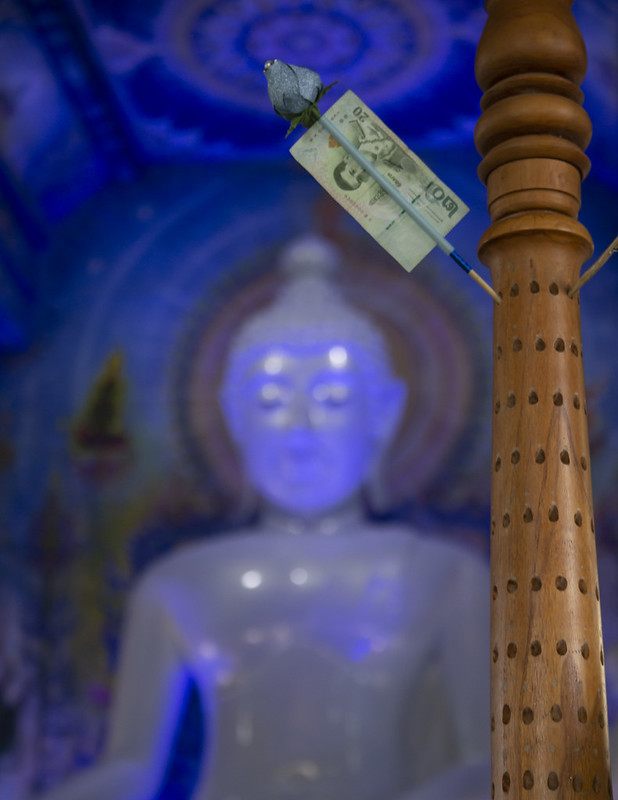 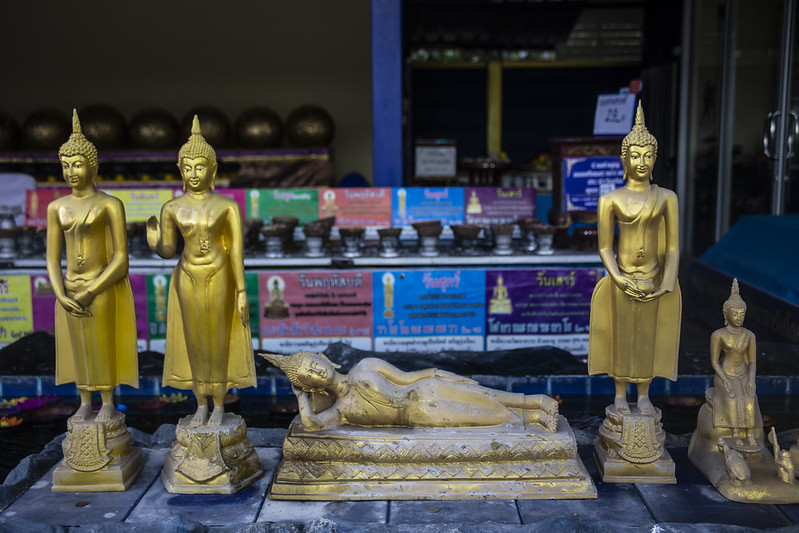 As always when visiting temples, not all of us are Irish tourists runing around with cameras. Some are there for more spiritual reasons. 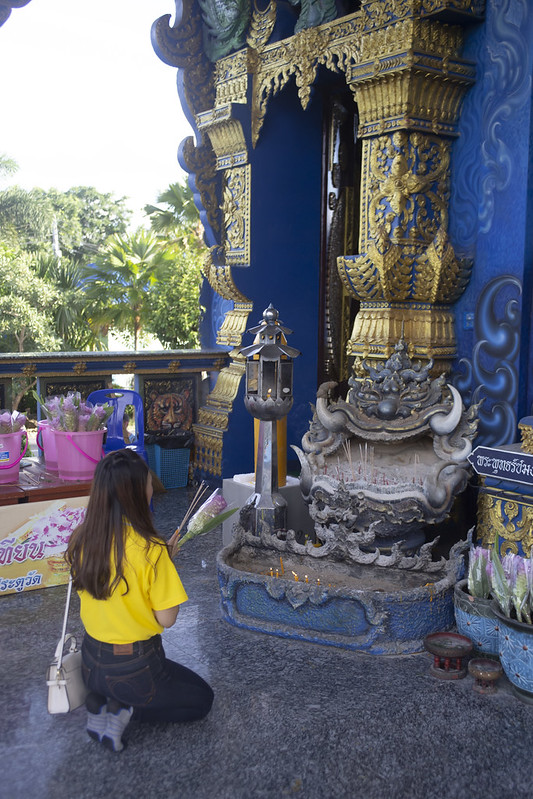 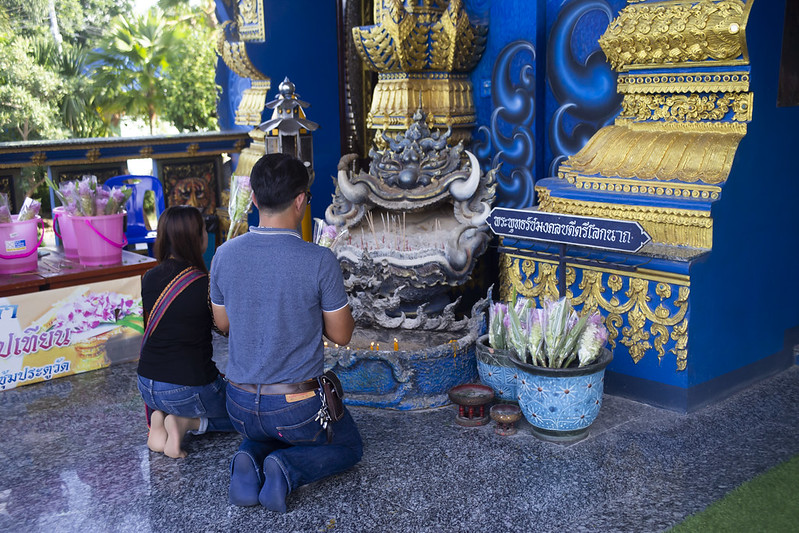 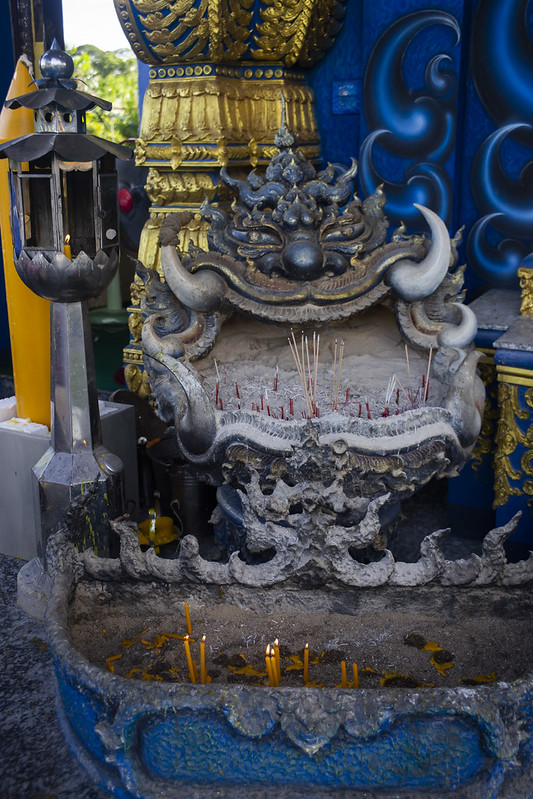 Wat Rong Suea Ten is about 3.5km from the centre of Chiang Rai (the Bus station) and there are a variety of busses, taxis and songthaews.  We walked in the heat.  A lot of surrounding cafes were closed late afternoon and early evening (it closed at 6pm) but the light is so much better.