Birkenau is a horrific place, a scene of unspeakable brutality and a constant reminder of where nationalism, racism and bigotry can lead to.

From a photographic perspective, it’s best to document what’s there for one’s own memory or reflection  – certainly not a place for selfies.  The visual imagery of course is instantly recognisable so I kept it simple especially in a harsh winter’s afternoon light. 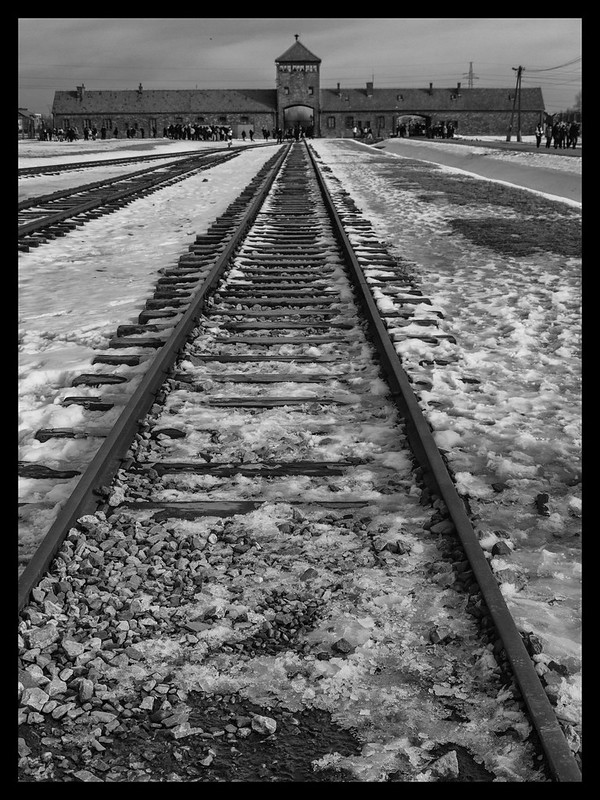 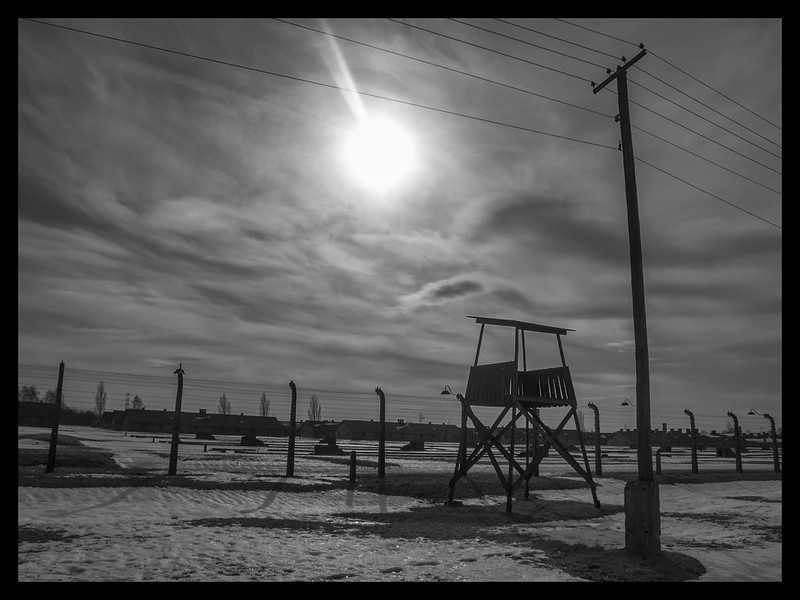 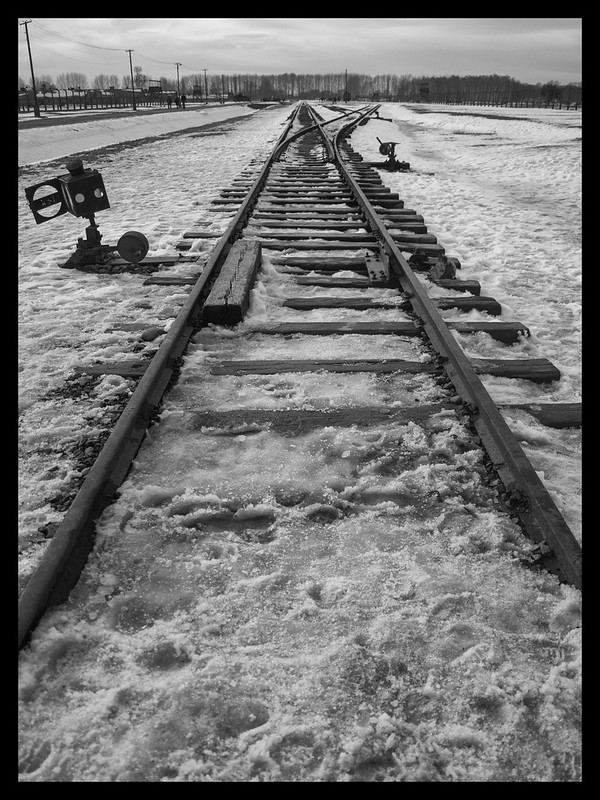 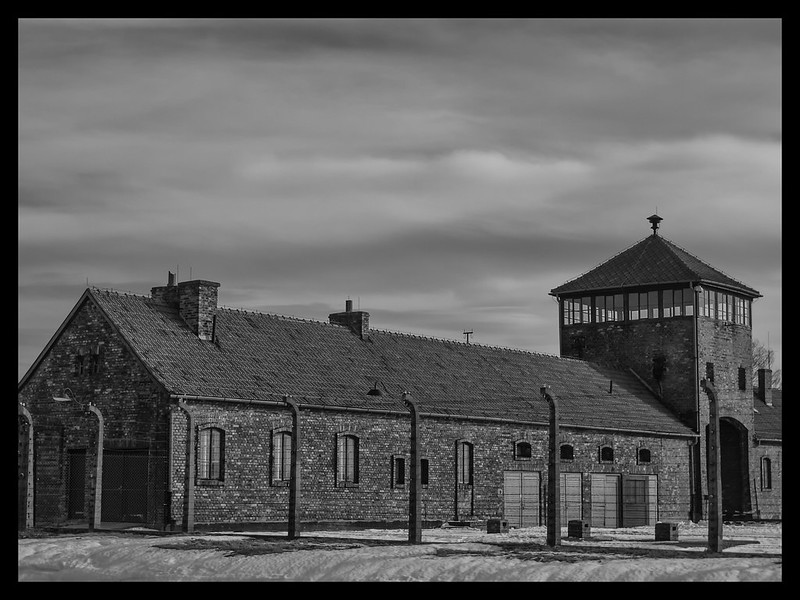 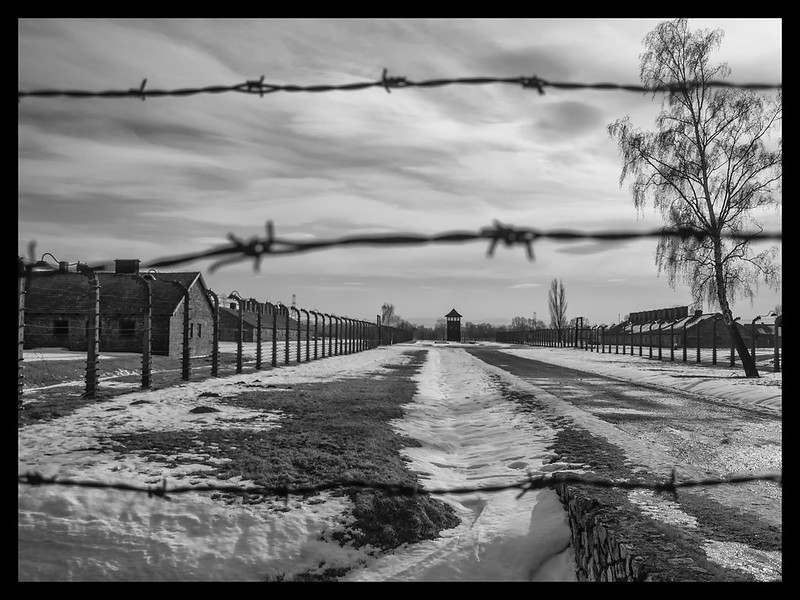 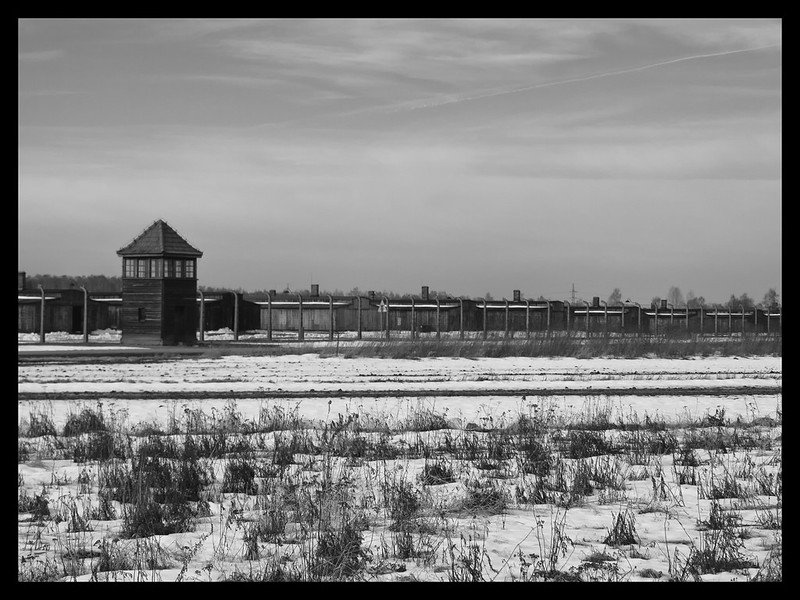 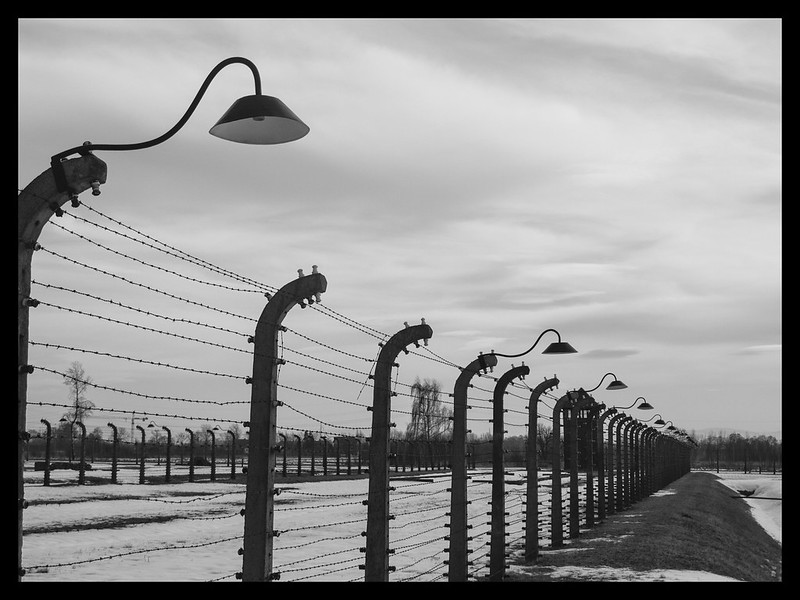 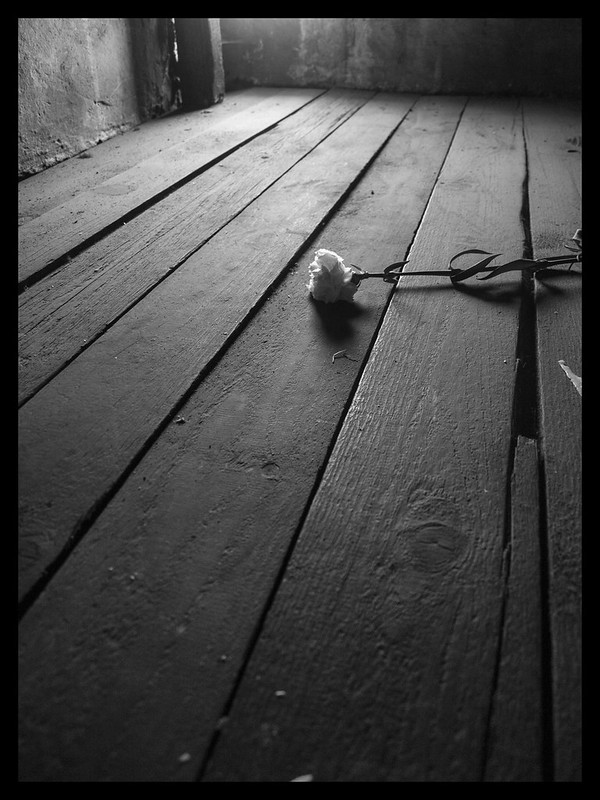 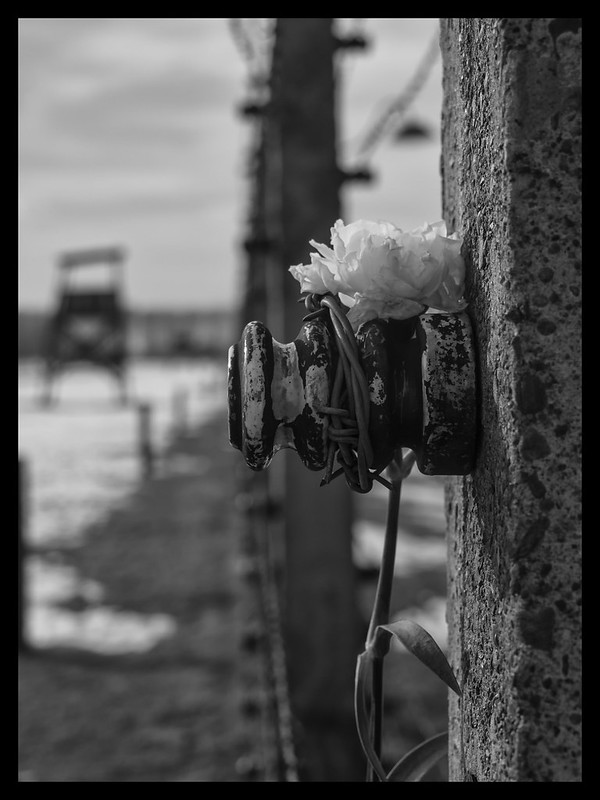 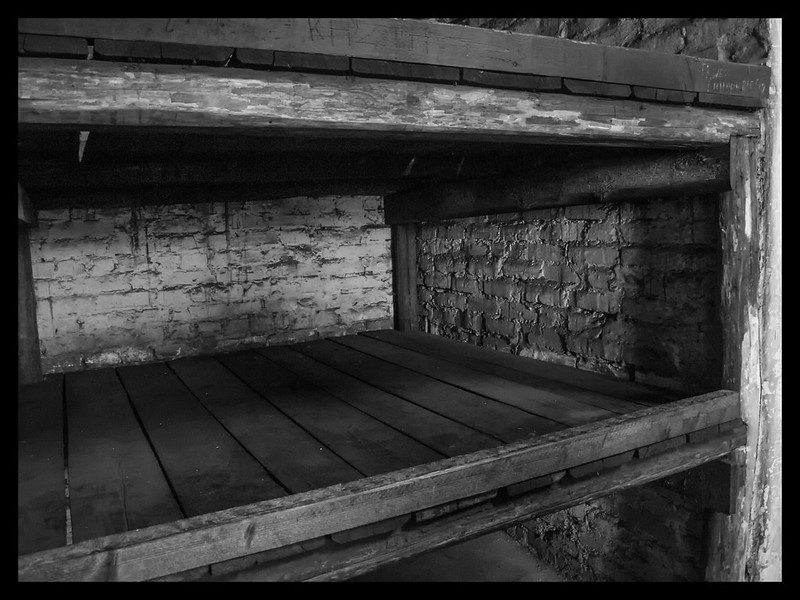 Over the years there has been media reports and online discussions over the conduct of student groups visiting Auschwitz/Birkenau with Israel flags and chanting, sometimes with reported unruly behaviour.  I was visiting with a group of Irish students including those studying video/ photography and we had a lot of discussion before the visit on how to approach using cameras as well as discussion afterwards on the content we shot.  The photos below are of a group of Israeli students who were behaving in the manner described above.  I took a picture but didn’t video it.  Is the behaviour appropriate?  Coming from Northern Ireland where we’re also in a permanent state of dealing with sensitivities of recent past and 300 years of turbulent history, we wouldn’t condone such behaviour from our own students. 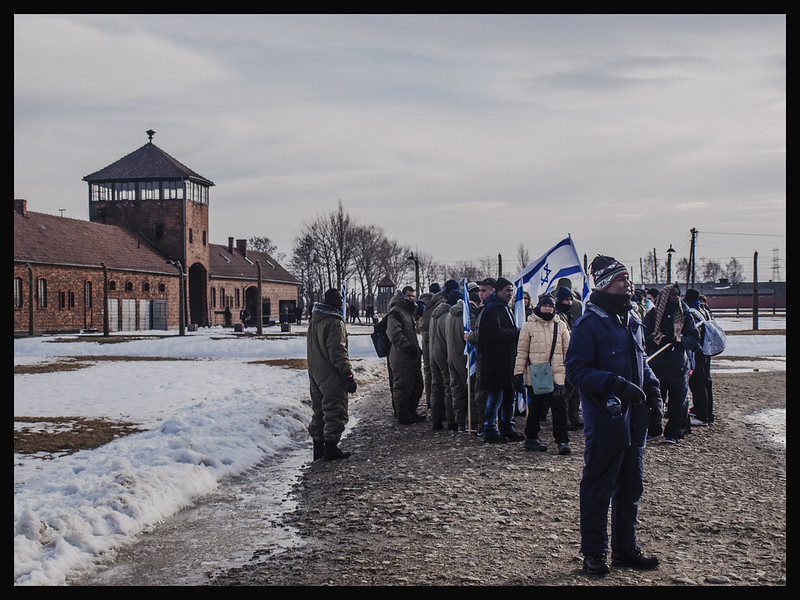 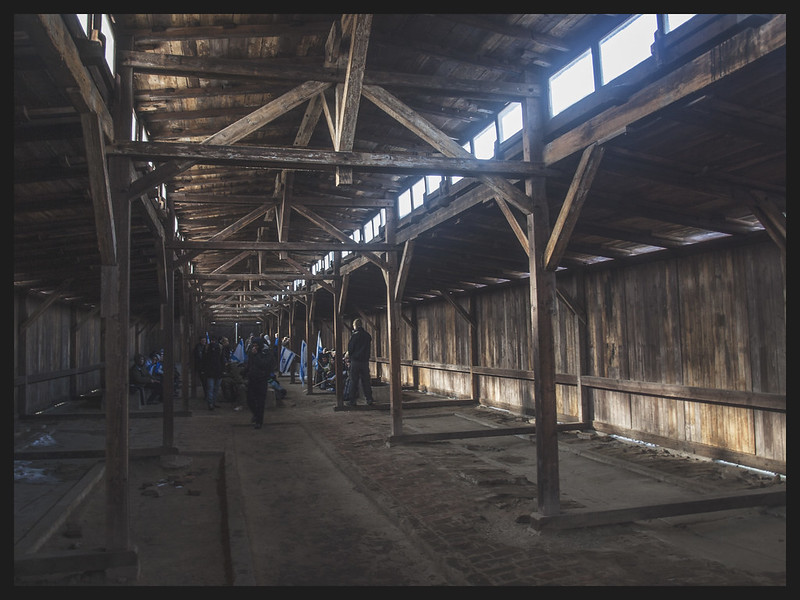